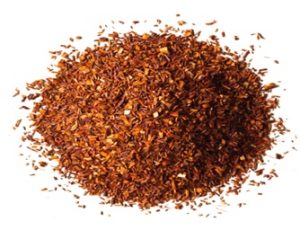 Rooibos grows in the Cape region of South Africa and it is part of the Fynbos, one of the most diverse plant kingdoms in the world.

The San people have used Rooibos for thousands of years. In 1772, the Swedish naturalist, Carl Thunberg, noted its use and described the method used by the local people to cure the plant to make tea.

The extraction of Rooibos is tricky, so it happens at Esse. We use the leaves of the plant and we use Fair Trade, organic plant material.

Rooibos has been shown to help prevent the formation of cancerous tumours on skin mostly because of its antioxidant activity.

The extract has also shown efficacy in wound healing and free radical scavenging and has also been shown to improve barrier integrity and reduce inflammation. So it’s great for protection against pollution.

Rooibos and its most prominent antioxidant, Aspalathin, have also been shown to reduce melanotic pigmentation.