Skip to content
Dashboard Module 7 – Microbiome Questions Answered Bacterial Population and Diversity What other microbes are on my skin?

Bacteria make up the majority of the microbial biomass on skin but there are a few other microbes that have a large impact on skin health.

Your skin contains an enormous number of viruses – about 10 for each bacterium… and that’s a good thing. The overwhelming majority of these are phages that infect bacteria and keep bacterial populations in check. Viruses are at least 10 times smaller than bacteria.

About 4,5% of your skin microbiome is made up by Archaea. These are similar to bacteria in size but very little is known about their function in the skin microbiome. There are no known incidents of Archaea becoming pathogenic in humans.

The other type of microbe found on your skin is from the yeast family. The genus is Malassezia and it contains at least 14 species that are found on human skin. These single-celled fungi favour high-oil sites. Malassezia occurs normally as individual separated spherical cells but starts to form chains when it becomes pathogenic. This fungus helps protect from other microbes, regulates the immune response by producing cytokines, and digests fatty acids from sebum but some species have been linked to dandruff, seborrheic dermatitis and hypo/hyperpigmentation associated with conditions such as tinea versicolour.

Malassezia is the dominant fungal species over the whole body (except the feet). 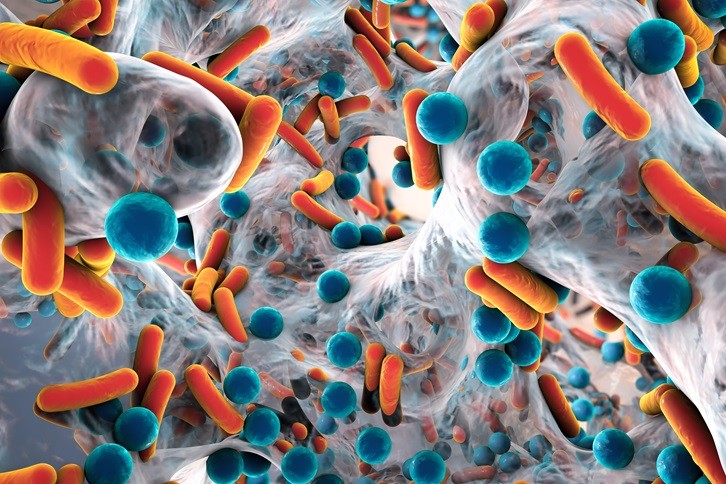