Skip to content
Dashboard Module 7 – Microbiome Questions Answered Lactobacillus and Probiotics Is Lactobacillus normally a part of the skin microbiome? 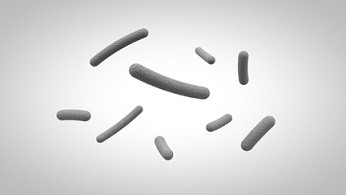 Lactobacilli naturally make up a small part of the skin microbiome. Less than 1%.

This does not mean that they do not have an effect.

Take humans for example. We make up less than 0,01% of the biomass of the planet and we have certainly made an impact on it.

Skin microbiome samples are generally swabs taken off the surface of skin. Imagine what this swab would look like on a macro-scale if taken on the African Savannah, for example. A few species of grass would make up the vast majority of the DNA, with tree species making smaller contributions. Herbivores would make up a tiny fraction of the DNA and predators like the lion and leopard would probably not be detectable. These top predators and many other low abundance species can still have a large effect on the ecosystem by changing the behaviour of many other species.

The same is true in the ecosystem of the skin. Lactobacillus produces many substances that influence the behaviour of other microbial species. It also changes the environment by producing Lactic Acid and this influences which other microbes can thrive.

So, yes. Lactobacillus is a normal resident on skin and even though it does not make up a large percentage of the biomass, it still has an effect on the skin microbiome.

Previous Lesson
Back to Lesson
Next Section